So I’ve promised I’d do more blogs and I’ve broken it already!!

I have literally had no spare time in-between Christmas and new year. All of my time had been spent doing baking and spending time with family.

So here’s a few Bakes I’ve done through these past few weeks. I have been experimenting with different flavours and I had a request of my friend to have malibu Cupcakes for her birthday!

I was so keen to try this out so I made her some successful Cupcakes. She also wanted jammy dodger ones too.

I’m not really into malibu myself and I never get the urge to eat cake when o bake for people, but, I tried these malibu ones and MY GOD!! They are so amazing! I cannot get enough. Any malibu lovers out there you won’t be able to stop! 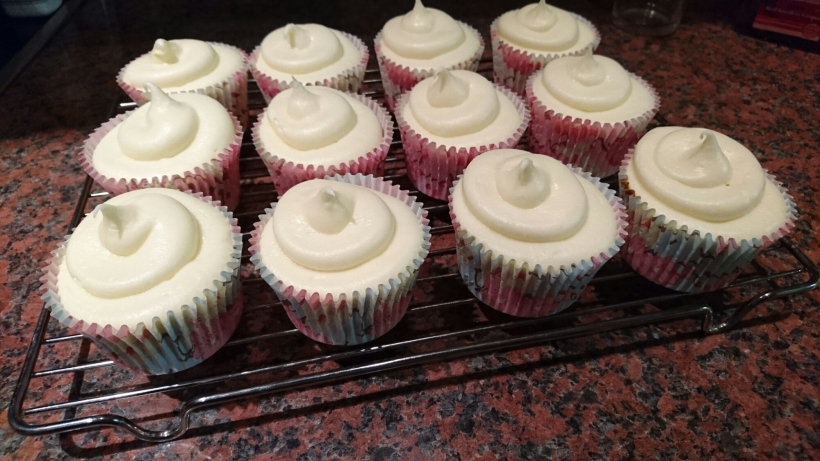 I then made some more for her as a birthday present to her Mother-in-law. I then added extra desicated coconut to the top of hers so they were slightly different.

I have also had a last minute 21st birthday cake to do as well. This was just last week too. The girls mother had wanted a last minute 2 tier cake doing as her daughters friend was going to bake one but her oven broke. I stepped in and helped as I personally wouldn’t like to have no cake on my birthday. 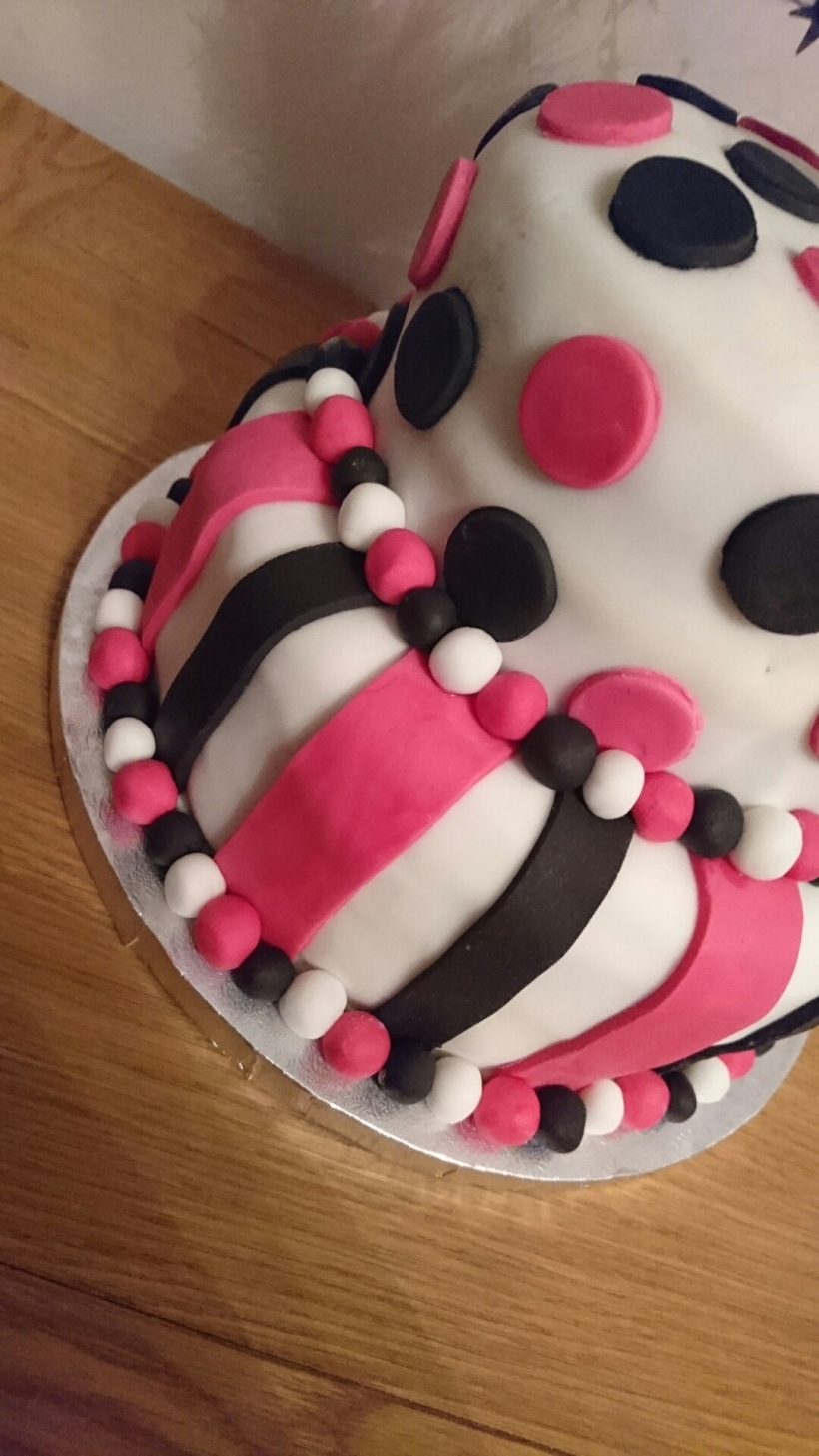 The cake isn’t perfect I know, but I absolutely HATE fondant icing!! I’m slowly getting better with bigger cakes now and I seriously love a challenge!

The most important thing is that the customer said it was amazing and all her friends asked at the party who made it.

I’ve also made dinosaur Cupcakes for my friends step daughter. This was a disaster and I can’t stress it enough! The worst colouring I have ever used is green! I despise the stuff now!

The green colouring made my icing so runny, but it felt like it was pipeable. It struggled to stay in the shape I piped so I let it mould to a flat surface and stuck the dinosaur moulds of icing in. I woke up the next morning to the green icing pouring off the Cupcakes and into the box. Disaster!

So, I’m never using it again! I managed to get a picture of them before the green ones were completely ruined. On the plus side my friends 14 year old step daughter absolutely loved them! 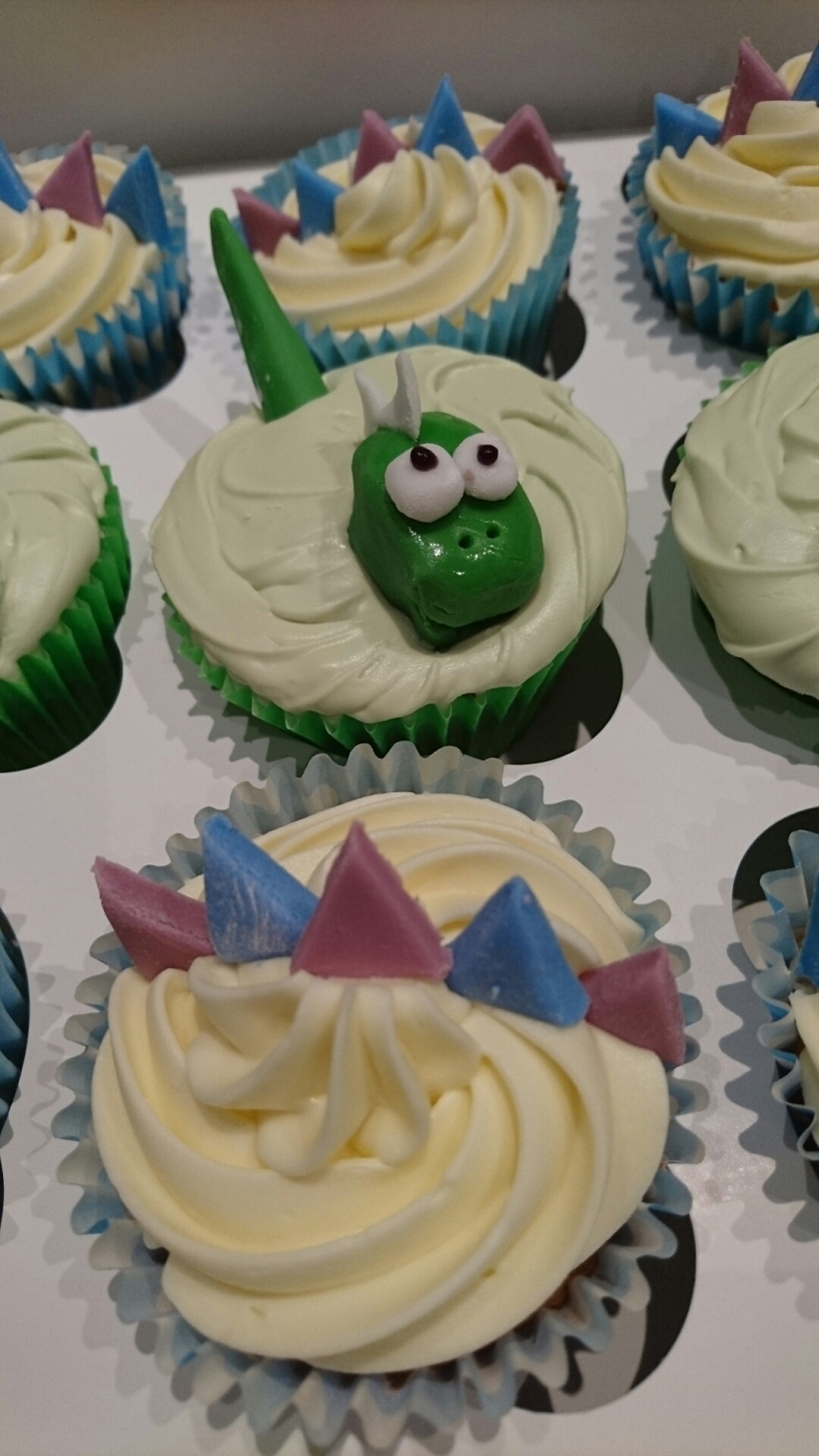 I thought by January that all the cakes would die down but it’s managed to puck itself up again and I’ve been baking every week since the beginning of December.

I’ve got a big order of 40 Cupcakes to do for a salons 1st anniversary in the beginning of February. All of these need a hairdressing theme. Eek!!

Best get my bake on!